Facial Action Coding System (FACS) is a system to taxonomize human facial movements by their appearance on the face, based on a system originally developed by a Swedish anatomist named Carl-Herman Hjortsjö.[1] It was later adopted by Paul Ekman and Wallace V. Friesen, and published in 1978.[2] Ekman, Friesen, and Joseph C. Hager published a significant update to FACS in 2002. There are 3 emotions available in RealEye: On the same plot, there is one more parameter available: K-coefficient and its mean value. This parameter indicates attention level, where:

This parameter was provided based on the following article (available here):

If you want to learn more about the K-coefficient (how it works and how it can be used), please read the article on our blog. 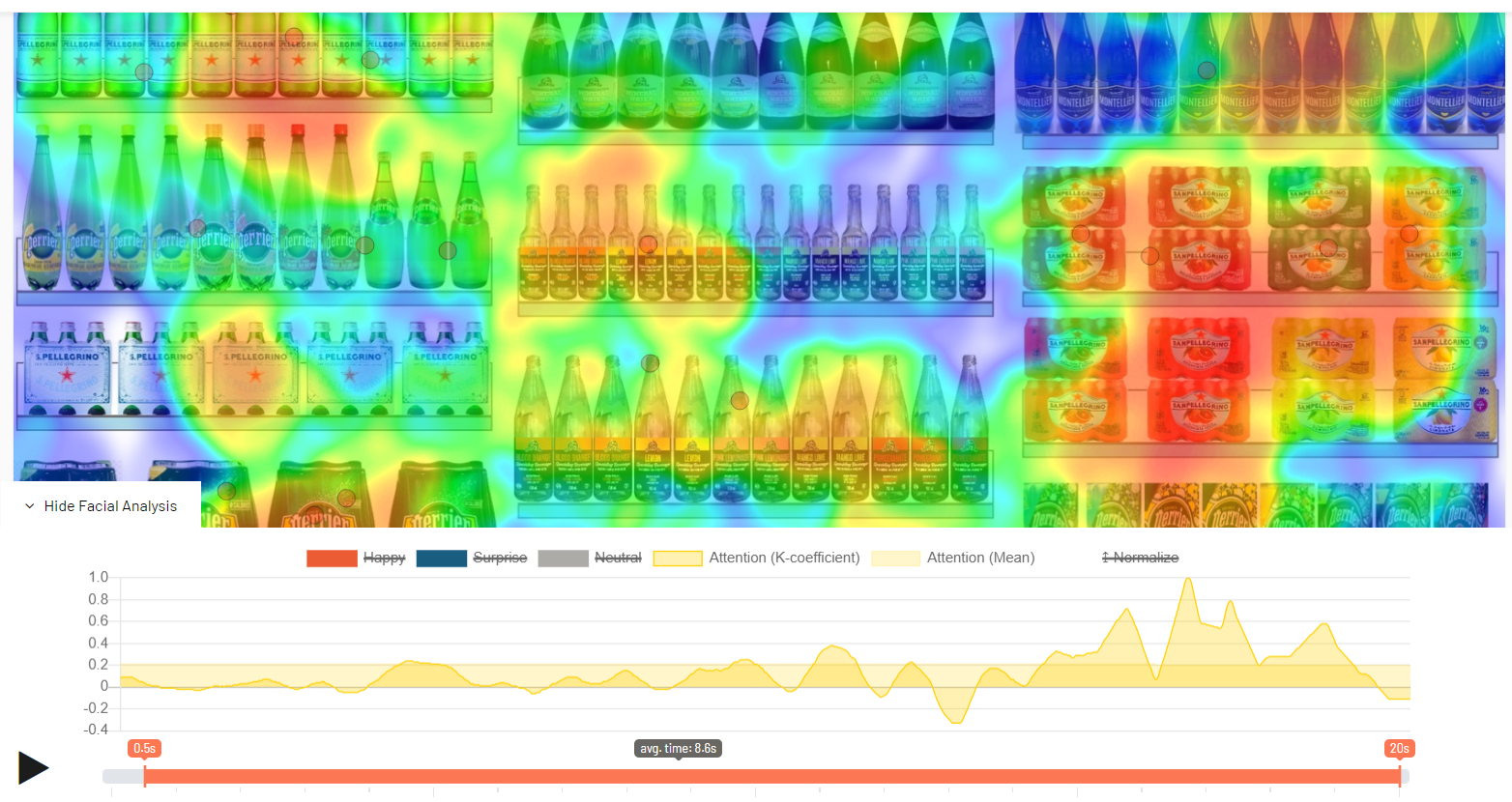 The data is being collected at ~30Hz rate (assuming that the webcam is 30Hz).

The data is available for each participant separately and also in an aggregated way.

Here you can find a case study with an example of how you can use these additional insights based on the entertainment (happiness) level.

You can also download the emotion data as a CSV file.

Did this article help you in any way?